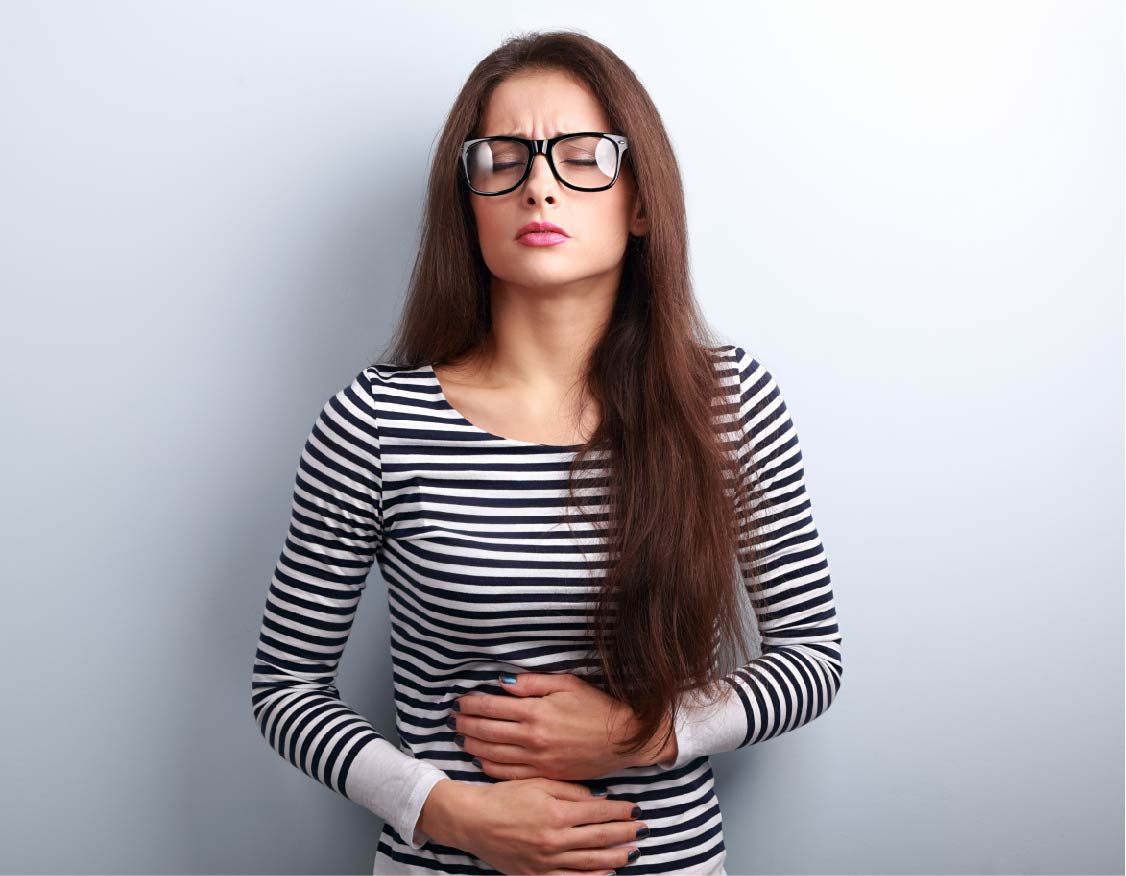 For most people, eating wheat is no big deal; in fact, for many people, a bagel, muffin or toast is the first thing they reach for at the breakfast table. But for people with celiac disease, even a tiny particle of gluten can cause a cascade of painful reactions that can persist for days afterward. Gluten exposure is  of constant concern for celiac folks, but just what  happens when our bodies are exposed to gluten?

The symptoms a person with celiac disease may experience after being “glutened” can vary, but for the average person, it goes something like this:

Almost immediately after the gluten is consumed, the reactions begin, often as a feeling of becoming flushed with a drop in blood pressure. Shortly afterward, symptoms of reflux may occur followed by intense fatigue and stomach pains, gas and bloating which persist for the remainder of the day. At night, insomnia is not uncommon, and the following day is often marked by gut pain and cramping and frequent bowel movements which are often loose or runny. Moodiness, irritability and anxiety are pervasive, and many people experience problems thinking which they describe as “brain fog.” Itchy rashes and joint pain are not uncommon. For most people, the symptoms persist for two to three days before finally clearing up: A hefty price to pay for consuming a minuscule bit of gluten.

As a person suffering from celiac disease, you probably are familiar with your own set of symptoms. But do you know why they occur? Here’s a quick snapshot of what’s going on inside your body when you get “glutened”:

The primary mechanism causing gluten reactions is gliadin, a protein found in wheat. There are three primary “varieties” of gliadin, two of which have been associated with celiac disease. The amino acids found in gliadin are what trigger the autoimmune reaction that precipitates celiac disease and its effects.

When someone consumes gluten there is a complex cascade of events including the innate and adaptive immune systems resulting in the production of autoantibodies. This results in the eventual destruction of the villi, the tiny, fingerlike projections that line the small intestine. Villi are critical to nutrient absorption. Thanks to their shape, villi vastly increase the amount of surface area that’s able to absorb nutrients: As a hollow tube, the small intestine would have a surface area of about 5ft2; the villi increase that area to an amazing 3,200ft2.

Two primary anti-gliadin antibodies are associated with celiac disease: immunoglobulin A (IgA) and immunoglobulin G (IgG). In a healthy immune system, immunoglobulins identify and neutralize foreign bodies like germs, but in an autoimmune disease like celiac disease, they turn on the tissues they would normally protect. In blood tests for celiac disease, IgA is found far more commonly than IgG, and there’s a good reason: IgA is directly involved in the immune processes of mucosal tissues like the lining of the small intestine, and in mucous membranes, it’s found in abundance. When celiac disease is triggered, these antibodies attack the villi instead of providing protection from foreign invaders.

At first, the damage to the small intestine can be minor and may go unnoticed. But over time, the villi become more and more damaged, eventually flattening out so their ability to absorb nutrients is decreased. By that time, most people have experienced some of the “side effects” of celiac disease caused by nutritional deficiencies. Several of which we’ve covered in previous articles.

Of course it is always best to avoid gluten altogether. Easier said than done when eating food that you have not made yourself. To control their gluten exposure more and more people are opting to test for gluten in their home or place of work. We found GlutenTox Home test kits so impressive  we decided to make them available to our customers. We are currently offering the Home test kit on our website and on Amazon.com/ GlutenTox  Each kit contains five tests making it easy to test multiple foods. For more information about cross contamination and how to control it read Is My Food Really Gluten Free? and Is My Cookie Really Gluten Free?.

Every person’s experiences with celiac disease will be different. And can be a cause of much anxiety for those who are learning about how gluten effects their bodies.  We encourage you to share your own experiences in the comments section to help others find the support and comfort that comes from knowing they’re not alone. What does it feel like when you get “glutened”