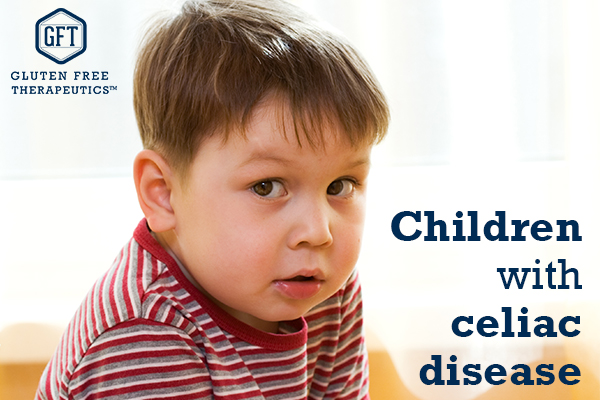 Celiac disease affects children as well as adults, and recent studies suggest the disease may be much more prevalent in children than previously thought. That’s because celiac disease tends to present a little differently in children, making a diagnosis more problematic in many cases. In addition to the gastrointestinal symptoms that arise from the gluten reaction, other organs can also be involved. When not detected early in children, the malnutrition that occurs with celiac disease can create lifelong effects including weak bones, stunted growth and even learning disabilities. What’s more, in some children the disease may be “silent,” causing no traditional gastrointestinal symptoms to cause parents and doctors to be suspicious that the disease may be present. 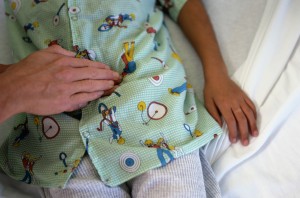 One symptom of celiac disease in children can be recurrent stomach pain.

A study from researchers at the University of Maryland defines “classic” CD as disease that typically begins between six and 24 months of age, resulting in chronic diarrhea, abdominal bloating, poor appetite and irritability or moodiness, followed by poor growth and, eventually, weight loss. By contrast, the “non-classical” form of pediatric CD typically manifests between five and seven years of age, causing vomiting, recurrent belly pain, constipation, nausea and bloating, as well as symptoms like shorter stature, defects in the dental enamel, dermatitis herpetiformis, iron deficiencies and even abnormal liver function.

The same study notes delays in diagnosis may be due in part to the fact that many insurance companies do not cover the costs of intestinal biopsies to diagnose pediatric celiac disease and that testing methods among pediatric patients may be inconsistent.

The Journal of Pediatric Gastroenterology and Nutrition has endeavored to make diagnosis a little easier by publishing guidelines specifically aimed at the pediatric population. Here’s what they recommend:

A 2010 Danish study found a simple questionnaire could help identify kids most at risk for having celiac disease. These are the questions they suggest parents consider if they suspect their child may have CD:

If the answer to any of these questions is yes, ask your child’s pediatrician about conducting a blood test to diagnose CD.

As your child’s advocate, you can help ensure your child gets the tests he or she needs to be properly diagnosed by talking with your doctor about emerging studies that suggest more children have undiagnosed celiac disease than previously suspected.