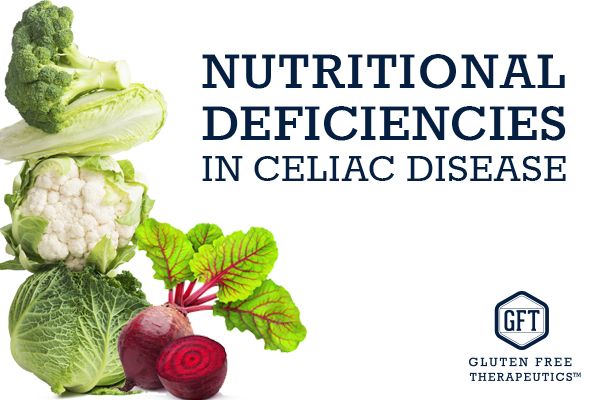 Celiac disease is often described as an intolerance to gluten, but there’s more to it than that. In reality, celiac disease is a digestive and autoimmune disorder, in which the body’s immune system reacts to gluten.

Like Don Quixote fighting against invisible enemies, the immune system of a patient with celiac disease “sees” harmless gluten – a protein present in rye, wheat and barley – as an intruder and initiates a full-blown attack against the trespasser. The battle is fought in the small intestine, and it’s the microvilli that suffer the consequences.

These hair-like structures are essential to absorb nutrients from food through the walls of the small intestine into the bloodstream. Without healthy microvilli, no matter how much or how well a person eats, he/she will inevitably become malnourished, not to mention endure severe bouts of abdominal pain, bloating and diarrhea or constipation.

A gluten-free diet goes a long way to alleviate symptoms caused by the disease, but the cloud of nutritional deficiencies is always hovering over every celiac patient’s head. After all, some have already suffered over 10 years of maldigestion, malabsorption and inadequate nutritional intake even before any clinical diagnosis is established.

Why is it important to assess nutritional deficiencies in recently diagnosed patients?
For a long time, some sort of digestive difficulties accompanied by weight loss were a given for celiac patients. Not anymore. More and more frequently patients are presenting unusual and milder symptoms not typically associated with this condition, including tiredness, constipation and abdominal distension. In addition, rather surprisingly for a condition characterized by poor nutrient absorption, over 2/3 thirds of new patients are classed as overweight, instead of the expected underweight and following a limited diet.

This variability only makes early diagnosis accompanied by an assessment of nutritional status even more important. After all, according to a study conducted by Dutch researchers, almost 9 out of 10 patients recently diagnosed with celiac are already experiencing deficiency in at least one mineral or vitamin, with about 5 patients showing signs of multiple deficiencies. In addition, about 1 in 5 patients suffers from malnutrition, with most of those showing involuntary weight loss and a low BMI.

The answer is an extensive nutritional assessment at the time of diagnosis.

Although they’re ingested in minute quantities in the diet, these vitamins and minerals play essential roles to maintain normal metabolic processes, as well as cellular growth and differentiation. For celiac patients, the risk of long-term health consequences can be a very serious concern, including for example, anemia caused by folate deficiency, a high risk of fractures due to low vitamin D levels or skin lesions as a consequence of zinc deficiency.

Worryingly, these nutritional deficits were already present at the time of diagnosis. The results have led the Dutch scientists to recommend that an extensive nutritional assessment should be an integral part of celiac disease treatment, including continuously assessing body weight and nutritional status until healthy levels are achieved.

This close-up analysis is particularly relevant for patients presenting an unusual set of symptoms. Their symptoms may be milder, but it is likely that patients with a classic celiac disease presentation receive more attention from their doctor. For these patients, this could mean an earlier diagnosis and a lower risk of developing nutritional deficiencies. In contrast, those with milder symptoms may not attract as much attention and their malnutrition may remain unnoticed for longer.

Interestingly, the level of deficiency was not associated with the severity of symptoms, suggesting the relevance of each factor may vary widely among patients. This is an issue that continues to puzzle many researchers working in this field, and will no doubt be the focus of future research.